The nesting of sea turtles is one of nature’s most amazing spectacles. Green Turtles nest along the beaches of Tortuguero National Park from July to October

The leatherback Turtle is without a doubt the most important attraction at the Marino Las Baulas National Park, in fact this specie was the main reason for the creation of this protected area, and specially for being in danger of extinction.  There are various nesting sites at this national park, including Langosta beach, Grande beach and Ventanas beach.  The nesting season goes from October 20th through Febuary 15th.

Hawksbills and Loggerheads, less common, nest along the Caribbean during the summer months.  The Olive Ridleys nest in the Ostional National Wildlife Refuge and Playa Grande on the Pacific Coast, comming ashore in large number for several days each month from August to September.

Sea turtles are most frequently seen when the females come ashore to deposit their eggs on the beaches, usually at night.  They may also be seen feeding in coral reefs by snorkelers and divers.  Please, remember: only on of every 5,000 baby turtles will survive to reach adulthood, and Costa Rica is one of a handful of countries that protects turtle nesting sites.

It is vitally important that the turtle successfully lays her eggs.  Noise and bright lights can frighten and cause them to return to the sea.  The use of flashlights or cameras is prohibited around nesting sea turtles.  Seek a qualified guide to accompany you.  Obtain a copy of, and obey, park rules when on the beach with turtles.

Come to Playa Ostional to witness one of nature’s most rare creatures- the Lora turtle. Each season these majestic creatures lay between 80 and 100 eggs on the beach. They weigh in at over 100 pounds and are over 2.5 feet long. Unfortunately for these poor turtles, if the current rate of population decline doesn’t slow down or reverse, they might go extinct in the next 20 years. Fortunately for you, they still are easily viewable during the main season that is between May through February. It tends to peak in December where you can see hundreds of turtles during the night. Photographers aren’t allowed to take pictures at night so the tours can depart in the afternoon to give you the chance to see turtles during both the sunset and nighttime.

Some friends were visiting over the New Year's holiday and inquired about a jet ski. 1 phone call later and 2 were delivered to the beach, 30 meters from our front door for an hour of fun buzzing about Flamingo Bay right before sunset. Fun fun and more fun! 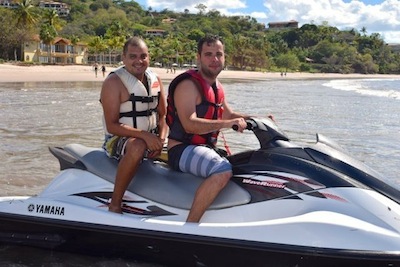 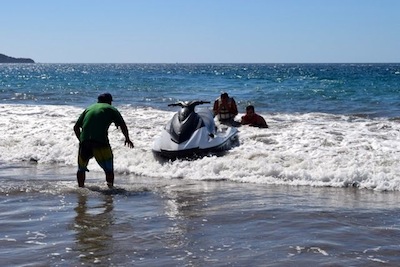 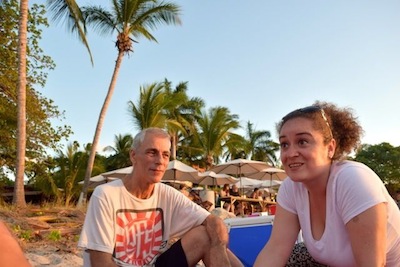 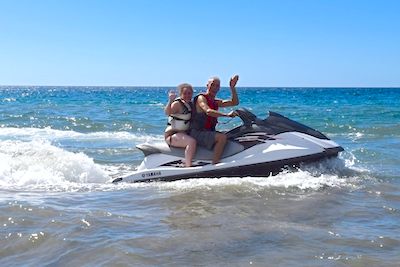 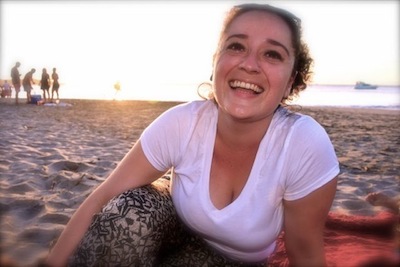