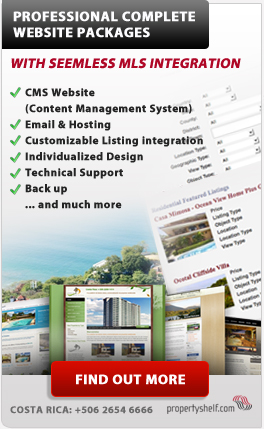 Costa Rica is becoming increasingly popular with the soon to retire US baby boomers who are actively seeking an affordable and attractive location in which to retire. Because Costa Rica enjoys relatively low crime, is neutral, has a relatively high standard and low cost of living it is gaining a reputation among young people, business people, adventure seekers, and pre-retirees as a must-consider destination.

You don’t have to be a millionaire to live like one in Costa Rica. Most foreign currencies go further here and your bills are much lower, which is why Costa Rica has been come a new retirement and investment hotspot.

Compared to living in North America, Costa Rica is a much more affordable option. It is not uncommon for many people to have one or more household employees, food & entertainment are inexpensive. One great example I like to use is going to the VIP movie theater with leather recliners, waiters, bars, sushi and first class treatment for even less than what you would pay to go to a regular movie theater in the US.

Imagine that the average salary in Costa Rica is around $500 a month. For just a few thousand dollars each month you can have a nice place to live, drive a new car, go out for entertainment frequently, and have quality health care at a fraction of the price. Despite the fact that medical care and education are basically free, Costa Rica also has positives as jobs are plentiful a variety of interesting & fresh foods are abundant.

Additionally, the mild weather in Costa Rica is picture perfect, sunny and warm almost every day, despite rainy season and windy December.

Costa Rica is also home to 5% of the world’s biodiversity, you can see monkeys, iguanas, macaws, toucans, tree frogs, millions of butterflies, whales, dolphins, sharks, sting rays, sea turtles, exotic fish and much more. Where else in the world can you find a place that has natural wonders where you can go on adventure tours such as national parks, rainforest, 67different volcanoes, lakes, natural hot springs, several dozen pristine beaches, oceans, mangrove, caves, waterfalls, rivers, and mountains all within a few hours’ drive?

Experts predict that within the next few years, as the baby boomers arrive in the thousands, foreigners from the US only will make up about one fourth of Costa Rica’s total population. Costa Ricans also live longer than people from many developed countries like the US, surely due to their laid back lifestyle averaging about 77.7 years as a nation.